The engagement ring has long been associated with love and as a progressive step in a relationship to indicate the possibility of marriage. We love their sparkle and elegance but have you ever wondered where they came from and why we wear them today? We’ve been speaking to Martin Cummins, owner of Perfect Ring about the origins of this prized piece of jewellery. He put together this handy little fact sheet for us! 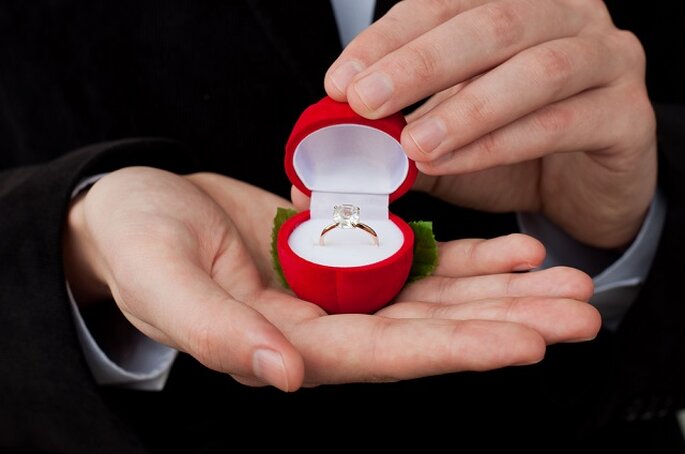 History of the Engagement Ring

Pre-History: Cavemen tied cords made of braided grass around their chosen mate’s wrists, ankles and waist to bring her spirit under his control.

Circa 2800 BC: Egyptians are buried wearing rings made of a single silver or gold wire on the third finger of their left hands, believed to be connected directly to the heart by the vena amoris (love vein).

Don't want to miss out on the latest trends for your wedding?

2nd Century BC: According to Pliny the Elder, a groom gives his bride first a gold ring to wear during the ceremony and at special events, then an iron ring to wear at home, signifying her binding legal agreement to his ownership of her.

1st Century BC: Puzzle rings first appear in Asia, where sultans and sheiks use them to tag each of their wives.

1217: The bishop of Salisbury puts an end to the popular practice of seducing girls into mock marriage with rings made of rushes. His solution? Declaring a marriage with a rush-ring legally binding.

1477: In one of the first recorded uses of a diamond engagement ring, Archduke Maximilian of Austria proposes to Mary of Burgundy with a ring that is set with thin, flat pieces of diamonds in the shape of an “M.”

1700s: Silver “poesy rings” engraved with flowery sayings are in vogue in Europe. Across the Atlantic Ocean, the Puritans give their betrothed useful thimbles instead of rings. Eventually, many thimbles get their tops sliced off and are worn as rings anyway.

1800s: The highly sentimental Victorians make jewelry from human hair and use gemstones to spell out names or endearments, such as a D-E-A-R-E-S-T ring set with a sequence of diamond, emerald, amethyst, ruby, emerald, etc.

1867: Diamonds are discovered in the Cape Colony (now a province in South Africa), the beginning of a huge increase in the diamond supply.

1886: Tiffany & Co. introduces the “Tiffany setting,” a six-prong ring designed to maximize a diamond’s brilliance by raising it up from the band.

1890s: Affordable wedding rings and diamond engagement rings appear in mail-order catalogues, such as Sears & Roebuck in the US.

1950: Breakfast at Tiffany’s is published. In Truman Capote’s novel, Tiffany’s engraves the cracker-jack ring that winds up as Holly Golightly’s engagement ring.

2000: Amid growing concern over human rights violations associated with their trade, the diamond industry creates the World Diamond Council to develop and oversee a tracking system that will “prevent the exploitation of diamonds for illicit purposes such as war and inhumane acts.”

2002: According to a Fairchild Bridal Group Study, more than a third of couples buying diamond engagement rings spend at least two months’ salary.

2003: Wal-Mart in the US introduces its “Keepsake” brand of diamonds and, according to its annual report, becomes “one of the top sellers of diamonds in the world.” 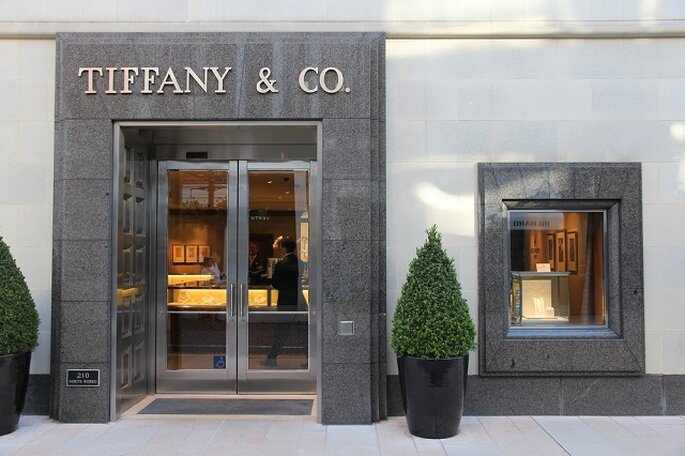 The Most Famous Engagement Ring in the World

Kate Middleton for her 2010 engagement to Prince William 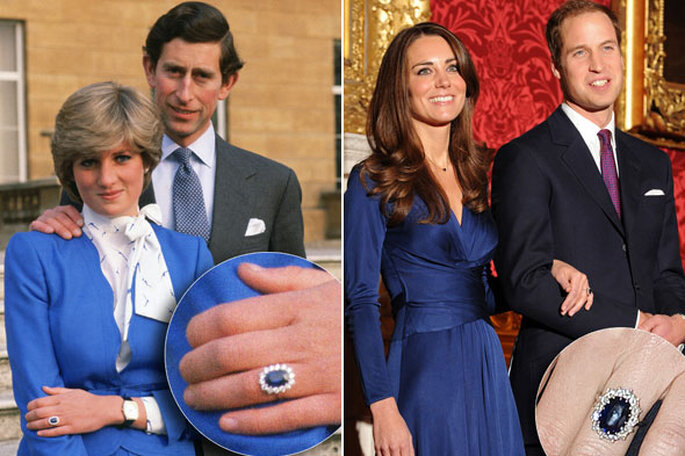 Photo: Courtesy of A White Carousel

* The most popular diamond shape is the round brilliant cut

* The most common metal used for engagement rings is either White Gold or Platinum, however due to the rise in cost for these, Palladium is the new metal on the scene

* The average diamond carat weight used in engagement rings is estimated at 0.37 carats 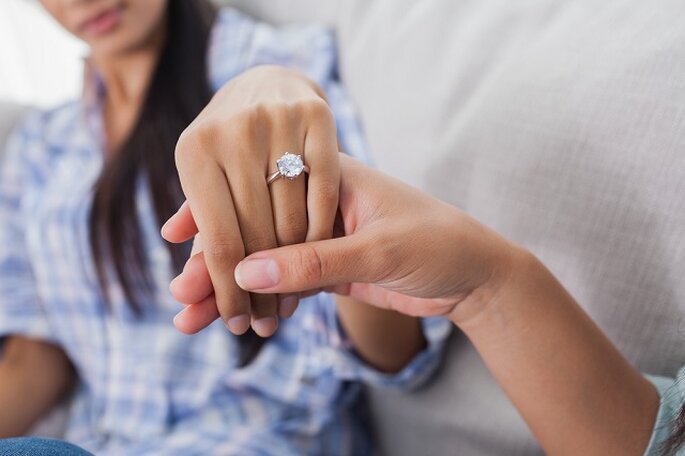 You see… it’s so much more than just a pretty ring with a sparkly stone! Such an interesting history with a really romantic connection. All the more reason to wear it with pride!